If you want to explore Newfoundland in its best season, St. John’s has a lot to offer. We wish you – and your family take a tour around the city. Some local tour agencies help to plan the best trips (more details will come).

Come and explore the beauty of the most eastern city in North America, and don’t miss out some biggest festivals of the year! The Robay St. John’s Regatta Day, 2014 George Street Festival, whales and bird watching, and more to come… Stay tuned!

These days, the Regatta draws crowds of up to 50,000 people annually to the shores of Quidi Vidi Lake. It is widely known as “The Largest Garden Party in the World” because it has been about socializing as much as amateur sport. Concession stands, wheels of fortune, games of chance, and food & drink are just as much part of the Regatta’s history as the races. 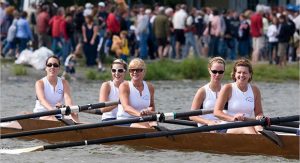 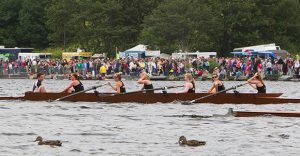 The annual George Street Festival is the largest celebration on George Street and a must to any tourist and locals alike. It is rumoured to be the largest of its kind in North America with over 120,000 people making their way through the streets during the six-day period.

Alan Doyle, a famous Canadian musician and actor, is scheduled to headline the 6th night of the 2014 George Street Festival (Tuesday, August 5, 2014 ). 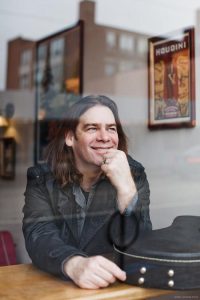 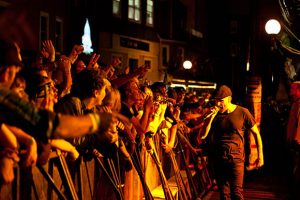 Dropkick Murphys returning to George Street, August 3, 2014
George Street has the most bars and pubs per square foot of any street in North America, which is located in the heart of downtown St. John’s. See the street map here.More detailed information can be found from http://www.georgestreetlive.ca/festivals/george-street-festival/.

Witness the chaotic gatherings of over 350 species of birds, and 22 species of whales, including the minke, sperm, pothead, blue, orca, and the world’s largest population of humpbacks, there is no question that Newfoundland and Labrador is one of the most spectacular bird and whale watching places in the world. Between May and September, these whales can be seen breaching the surface of the water and playing along our shores. Catching a single glimpse of these huge and majestic mammals is an exciting and awesome experience whether it’s from the rail of a boat tour, the side of your sea kayak, or hiking a seaside trail on land. Along your way, don’t forget to enjoy your watching gannets and puffins at play, listening to the hoots of the storm-petrels and exploring caves, waterfalls, and many more majesty of the Newfoundland and Labrador coastline!